The Gel Bloom Test Kit incorporated into a Texturometer is used to test the Gel Bloom Strength and Gel Strength according to the BS 757, ISO 9665 and GMIA methods.

Gelatins are marketed according to their ability to gel, they are graded in categories of Bloom or gelling force, which is a standard measure of the force applied to cause a deformation at a standardized concentration and temperature in a gel.

There is a correlation between the strength of the gel and the concentration of the gelatin, being possible, in practice, to produce any necessary degree of hardness in the gel with any type of Bloom, only by changing its concentration.

Bloom grades are directly related to the mechanical elasticity of gels and are used to classify the different types of gelatins. Bloom degrees generally range from 50 to 300.

Place the cylindrical probe on the load cell.

Place the container glass on the circular plate

The test can also be reversed to measure tack and adhesion

This test KIT is used incorporated into a Texturometer to test Bloom Gel Strength and Gel Strength according to the BS 757, ISO 9665 and GMIA methods. 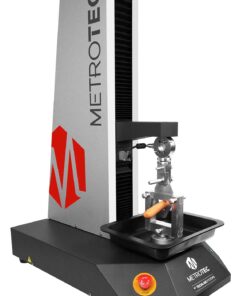 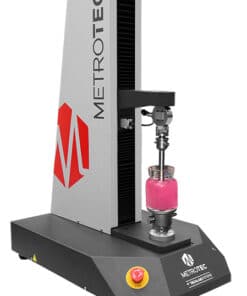 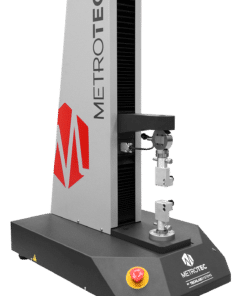 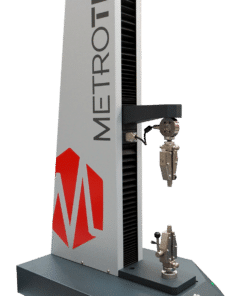 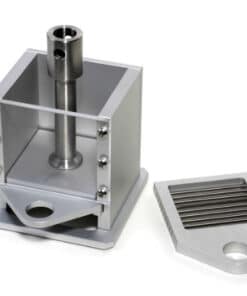